Comix in the classroom are cool! 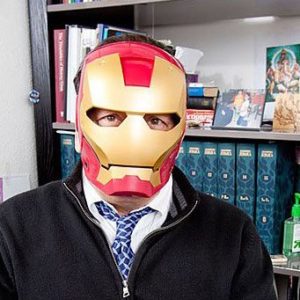 Simply put, comics in the classroom are cool! Everybody knows that they are fun and engaging, But they are so much more, and provide a plethora of benefits for students, especially in high schools and colleges.  For starters, it is easy to see graphic novels promote visual literacy- after all, they are called graphic novels. But there is evidence that shows that many weak readers get turned on to traditional literature through exposure  and assignments with  graphic novels.

The content is rich and varied. There are examples of:

There are two sub-genres of graphic novels that that really interest me. The first are  personal memoirs by immigrants and war refugees, social commentary, and recent historical events. Graphic novels are extremely powerful and effective ways to tell the human side of history. In general, history is taught as big waves, events and movements, but pass over the most basic elements- the effects of these grand narratives on individual humans and communities. Movies are also powerful media for big events, and bring to mind Schindler’s List, Saving Private Ryan, 12 years a slave, The Loving Story, Argo, Stand and deliver, and more. All extremely powerful films, especially when seen in a theater with an audience. Books are another leg of learning, but as the old saying goes, “a picture is worth a thousand words”, and graphic novels are the perfect example when combined with words. They provide an intimate observation into the lives and experiences of those who are living in history, struggling to survive, to find safe havens in order to live, work, raise a family and to live without fear. Along with basic literature, many of these titles can be integrated into the curriculum in many class subjects, such as journalism, sociology, community and ethnic studies, and history. But, it is also possible to design complete classes around graphic novels, especially about the American experience of refugees and immigrants.
Some of my favorites include:

Books about the global migrant and refugee experience:

Memoirs about living in war zones and resolutions:

My other favorite sub-genre are Jewish graphic novels. The narratives in these books represent the complexity and richness of the Jewish people, and tell stories about history, personal events, spirituality and religion. The great Will Eisner is probably the first author who tackled the Jewish experience straight on, beginning with his book Contract with God (considered by some to be the first modern graphic novel), and The Plot: The Secret Story of The Protocols of the Elders of Zion. This was followed by Art Spiegelman’s Pulitzer Prize winning book, Maus. It is interesting to note that for many years, Eli Weisel’s classic memoir Night was the primary source in HS classes about the holocaust, until the publication of Maus, which became the prime resource. But there are other titles about topics other then the Holocaust, such as:

There is a plethora of other titles that are graphic memoirs, reflections and journalism about critical issues that are engaging and informative and affect global societies. These books are appropriate for a range of classrooms from middle and high schools, and  up to colleges. Data shows that graphic novels promote visual literacy, text-based literacy, and critical thinking skills. One interesting example gleaned from my dissertation came from a HS teacher in South-Central Los Angeles. The teacher assigned daily assignments of 20 minutes of free reading in his class. The students could read anything that they wanted, including comics and graphic novels. Most of the students chose to read comics, and would breeze through series that the teacher had placed in his classroom. But, then things got interesting. After getting hooked on a series, they discovered that the classroom collection was incomplete, and that they needed to go to the library to continue. High school students began to flock to the library, a room that they had never set foot in, to find the continuation of the series. And then, they discovered the world books and literature. who had never set foot in a library began to floc that Data also shows that there are many practical skills that can be lesarned, such as storyboarding (there applications for this skill in multiple fields), professional presentations, and other positions in media and communications.