Travels with David, or the good neighbor policy in action

I grew up on the east side of Los Angeles, in a town called Montebello, a pretty cool place to grow up. It was primarily a middle-class town, filled with working class people. There were attorneys, carpenters, carpet people, clerks, clergy, doctors, drapery people (my dad was one of the latter) dry cleaners, druggists, electricians, garage door installers, garbage men, jewelry stores, mechanics, machinists, radiator repair people, painters, pet stores, plumbers, restaurant owners and staff, sandwich shops, secretaries, teachers, and a whole lot of other important people. There were some people who had more, some had less, but there was not the discrepancy extreme wealth or poverty that we see today. 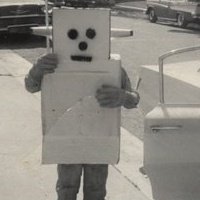 One of the coolest attributes of the town, and neighboring towns are the attributes that truly made, and make America great. There were people from all over the world- immigrants and first and second generation born. My people, the Jews (both Ashkenazic and Sephardic), Mexican (and one family of Mexican Jews), Chinese, Japanese, Armenians, Russians, Lebanese, WASPs, and all sorts of others. Alas, there were no African-Americans that I knew of. Not sure why, but that is the way that it was. Even though there were some tensions amongst some of the groups, it was more personal rather than ethnic based. We went to school, played, and celebrated with each other. And we helped each other out, such as during the Jewish New Year, when we Jews would spend the days in the Synagogue. We all received notes from our Rabbi, excusing us from school, and we always took some extra notes to give to our non-Jewish friends who wanted to ditch. It was always funny to see them in line at the admin office, trying to explain that they were in synagogue too!

For many years, I wondered why that all worked. I traveled a bit, lived in Israel, then Santa Cruz and San Francisco, which had even larger, and more diverse communities. And there was more division. It wasn’t until 1988, when I returned to Israel as an artist-in-residence at the northern town of Ma’alot-Tarshiha. There, I led collaborative art workshops with 4-6 graders in three neighboring towns- Jewish, Moslem and Christian. Each week, all of the students would meet at the school in one of the towns. We all played learn-each-others-names games, toured the town, visiting homes and places of worship, before returning to the school to work on collaborative art projects where the students would start a painting, and then pass it on to a neighbor to continue work. This way, each artwork was touched by members of each community.

New friends- Jewish (on the left) and Moslem (on the righT)

One of the amazing things that happened was the sudden awareness of each communities’ similarities: the kids rooms all looked alike, with the same celebrity posters on the walls (singers for girls, sports stars for boys); the hospitality of the host families, and the food and sweets that they served us, and even the basic tenets of the four faiths (there were a few Druze kids with us), especially the golden rule and treating each other with respect and loving kindness. What made this so interesting is that these three towns were all within an 8-kilometer radius, close enough to walk to. Although there was some interaction amongst the parents, for the most part, they all lived apart and never stepped foot in each other’s towns, except for those three visits.

Upon reflecting on my experiences growing up in East L.A., my work in Maalot, and the current state of affairs in the world, I came to the obvious conclusion that what was special about growing up in Montebello was that despite some tensions, there was little to no fear of the others. We grew up, learned, fought, kissed and pretty much accepted each other. This was pretty much missing in the three towns near Ma’alot. Despite the proximity, very few ventured into the towns of the others. That is until art brought them together. Now we have “leaders” playing the fear, hate and paranoia cards, instead of preaching acceptance of the other. Happily, there are exceptions, but there is so much more work to do. One action that is necessary is with our language- branding others as the enemy, or lesser people does no good to anyone. Many of us know that, but not all. I am always bothered by the right-wing members of the Jewish community who insist on calling all Palestinians “terrorists”. One response that I have is to ask these people if they have ever really met any Palestinians for a conversation, or sat for coffee in their homes. Sadly, the answer is usually no. The hate is based on fear and ignorance.

How do we change this? How do we teach that we do not need to fear the other- they are more similar then we realize and accept. There are lot of ways to do that- religious and social functions, cultural activities, schools, and so many more activities. And of course, how can I write a blog without mentioning comics and graphic novels! The number of books and stories about cultures, personal experiences, history and more is expanding daily. Comics and graphic novels are relatively inexpensive, promote knowledge, and literacy, which plants seeds of understanding and acceptance. The fruits of these trees will not be ready and ripe for several seasons, but nurturing them daily brings us closer to better lives for us all.