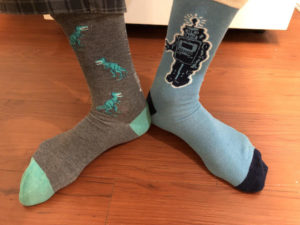 These are my work-out socks- I am training for Themed Sox Week, a celebration of victory over the sock elves, those little mischief makers who steal and then return single socks. Starting tomorrow I will celebrate with a different theme, no matter how obscure.

This week I received 4 new (new for me) books:  The Year of the rabbit  a graphic memoir  written by Tian Veasna a Cambodian survivor of the deadly Khmer Rouge;  Trinity: a graphic history of the first atomic bomb by Jonathan Fetter-Vorm (the title says it all); Unterzakhn by Leela Corman, and described in The Comics Journal  as a

“story of twin Jewish girls growing up in New York’s Lower East Side in the early 20th century is also about the art of survival and the arbitrary nature of what determines who lives and who dies, it’s really a celebration of human kindness in the face of the abyss and a condemnation of arbitrary, rules-based ethics systems.”

I also received Carnet de voyage by Craig Thompson, a book he wrote while researching his brilliant Habibi.

The three of these have landed on my every growing Towers of unread and in-process rooks, scattered around my apartment, waiting for me to finish reading We spoke out: comic books and the holocaust  edited by Rafael Med­off and Neal Adams and Craig Yoe, Joe Kubert This book has stories by many of the great author/artists of the 50s. 60s and 70s, including Al Feldstein and Jack Davis, Harvey Kurtzman and Wally Wood,  and others. Some of the stories are real, others are altered history with superheroes such as Captain Marvel, Batman, and Captain America. 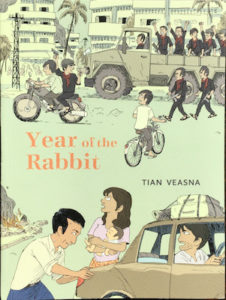 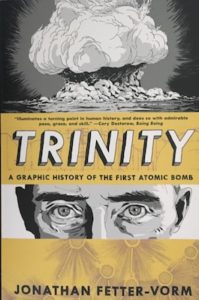 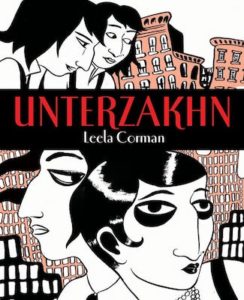 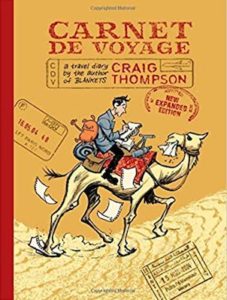 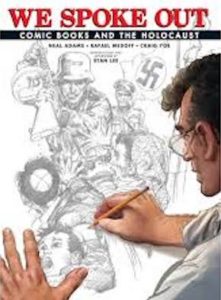 The thing about these different books, or perhaps the theme of these books is that they are real and authentic about real events and people (well except for the superheroes), written by people who want and need to tell their stories in the genre of graphic literature and comics. This genre is like a form of poetry, that melds words and images in a narrative that engages reader’s eyes and imagination, presenting an intimate and immediate narrative. Books about history usually focus on the big story, memoirs explore and chronicle journeys and events and stimulate the imagination to see through the words of the writer. Movies can tell a story, but they are big, distant from the intimacy from the writer’s and artist’s own personal vision, and because of costs and the number of people involved making decisions, are also often from the original vision of the author. When I read a work of graphic literature I feel as if I am traveling in the author’s own mind, in their own memories. Looking at an image is as if the authors themselves are pointing to details of events that are critical to their narrative, and their words express their emotions about it.

We live in a world of mass migrations of people, looking for a better life, and to escape the violence, suffering and hate. People move around and find themselves in new lands, in new situations far from the familiarity of their homes.  They work to navigate new lands, climates, foods, language, customs and people. This is of course the nature of our planet, people looking for a place to live, work, and celebrate. Perhaps one of the jobs of educators (besides helping people to gain skills for work) is to help peoples negotiate through their differences, past the fear of the other and to see the similarities of people. Graphic literature and comics can provide a small, but important part of this process.

And of course, graphic literature and comics are also fun!