There and here: Diaspora communities in graphic literature and comix, Part 1

From Wikipedia:
“…diaspora is used to refer to the involuntary mass dispersion of a population from its indigenous territories, most notably the Jews who were dispersed from the Land of Israel in antiquity”

So I am a member of this notable community described in Wikipedia, although more recently (early 1900s) my family came from Russia, Poland and Romania. I grew up on the east side of Los Angeles with a lot of other hyphens- Mexican-, Chinese-, Japanese-, Armenian, Russian-Americans (and a few others). It was a pretty cool community- we managed to get along, study, play and celebrate with each other, connected with thee understanding that no matter what language was spoken at home, what we ate, what holidays we celebrated, we were all Americans. But there was something else that we all shared, something not described in the definition provided by Wikipedia, and that is that people usually do not leave their homeland and homes unless they have to. They leave because of famine, natural disasters, difficult economic conditions, but especially war, hatred and violence. Within the communities that I grew up with, we had it all. I remember the Armenian shoemaker down the street from my father’s store, an elderly man who always had a joke and a piece of candy for me and had been a boy in Armenia when the Turks drove him and his family into the desert to die. But he did not. There were people who came for the economic benefits of not living as serfs, and for the opportunities offered in this country. My grandparents from Russia left to escape Cossacks and Pogroms. Some stayed behind in Europe and were never heard from again after the war. And I had teachers, parents and aunts and uncles of friends who had numbers tattooed on their arms. But we were all in American, living together through good, bad, laughter and tears, and learning to live with each other. And I must admit that all in all, this was a great way to grow up- learning about and celebrating with other cultures and communities.

Fast forward to a few years ago when I wrote my dissertation about using graphic novels to teach social justice in schools at a time when our country – hell, the world- was becoming more and more splintered. It seemed to me that some of the problems (among many others) are an increased lack of understanding and exposure to The Other, and along with that, a growing intolerance and lack of understanding of the experiences of  The Other, their communities  resulting racism, anti-Semitism, hatred and violence.  Put simply, this intolerance fuels fear, misconcpti0ns, misperceptions about The Other. I am happy that there are plenty of examples around the globe of people working to change this. I realize that on a whole, we are in deep doo-doo (so to speak), the words, work, art, and actions of like minded souls give hope. And each person working, creating and playing with The Other is truly involved and committed to critical practices that will benefit us all (and save us too).

So how and where does this all fit in with graphic literature and comix? To begin, I am a fan of the genre. No, not just a fan, but a BIG fan. For one, there is plenty of evidence demonstrating the many benefits of graphic literature, and comics- the promote literacy- both text based and visual and critical thinking;  are a gateway media to reading; are good for language learning;  and are engaging and fun. There is more, but that will wait for another blog (or book). More schools and universities are incorporating this media into their curriculum, both as media for the class, or in whole classes, and there are many sub-genre of this media, such as  my favorites- personal memoirs, biographies, autobiographies and history told in the form of sequential novels (the title of my dissertation is Beyond super heroes and talking animals).

I recently began to catalog my ever expanding collection of these types of books, and as I have done so, I had been trying to identify and organize them: should they be grouped  by era, nationality or geographical location (all possible solutions)? But then I saw a pattern of diaspora communities – they told about there, and about here. The cause of their leaving their homelands, and the resulting voyages to their new homes- never easy, and sometimes resulting in them jumping out of the proverbial frying pan into the fire.

One of the benefits and strengths of graphic literature is that they are more personal, and immediate than a movie, or a traditional novel, but they can be just as powerful and engaging.

Titles, topics, and authors coming in There and here: Diaspora communities in graphic literature and comix, Part II.

In the mean time, here are examples of some of my favorites: 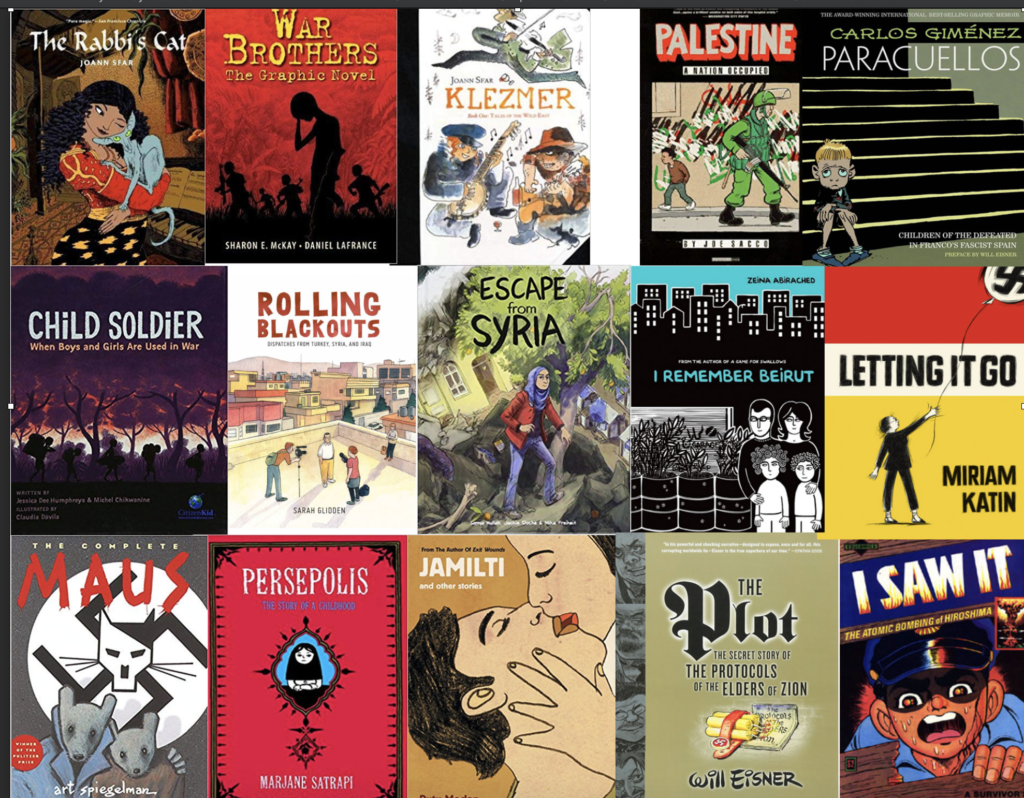 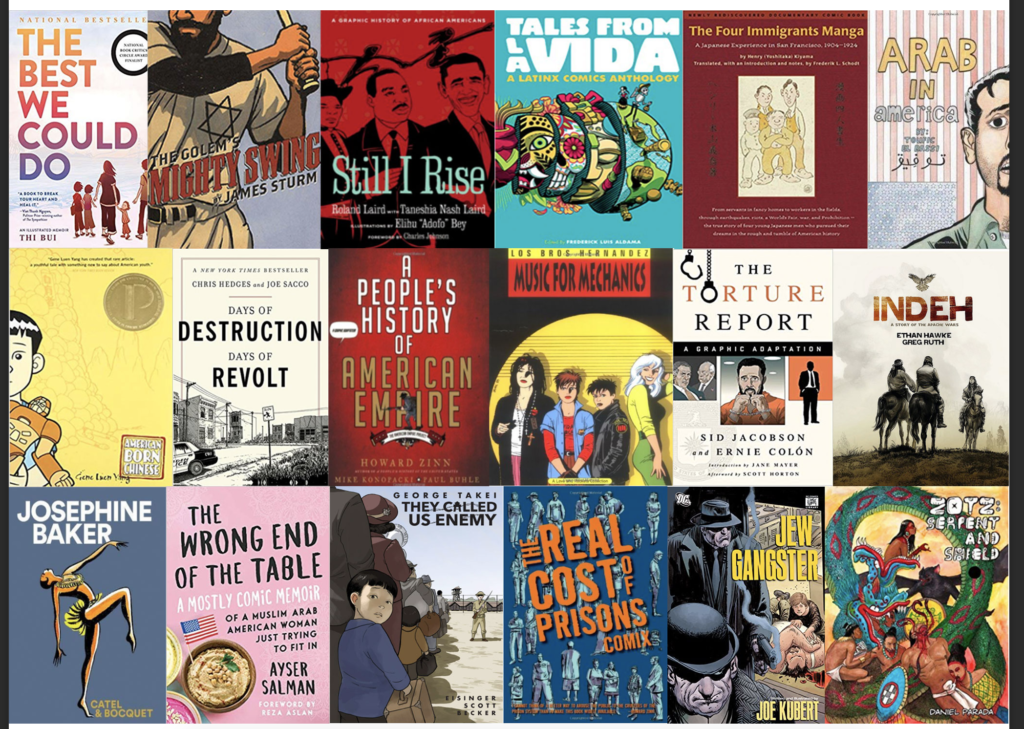 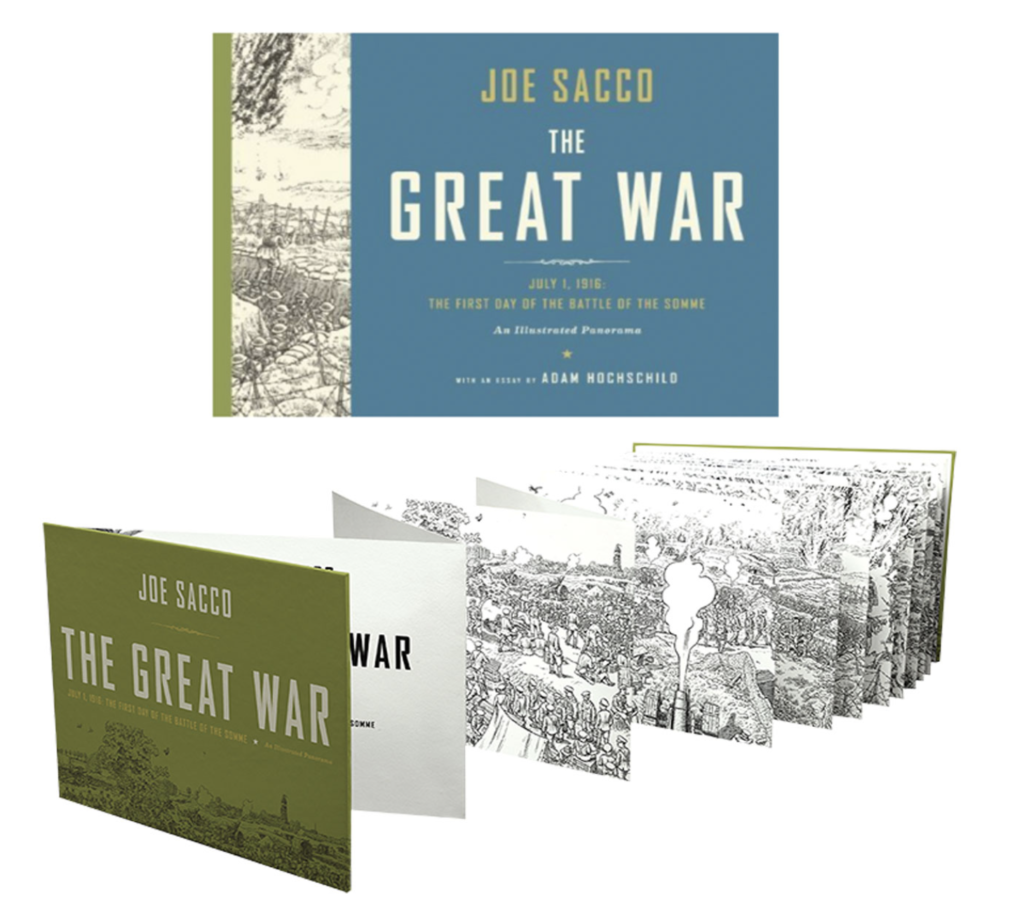 There and here: Diaspora communities in graphic literature and comix, Part I is  taken from my presentation at the symposium Drawing Diversity, held at UCSB on January 24, 2o20.